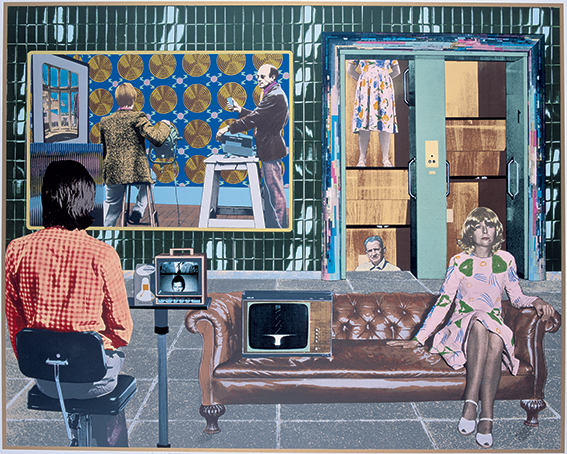 The Irish Museum of Modern Art is pleased to announce a truly unique collaboration with Foundation15 Arts Festival as part of IMMA’s National Programme of touring exhibitions and projects.

From a short list of 40 works 10 pieces from the IMMA Collection will be selected by the public through an online voting system and will be exhibited over the two week long visual arts festival due to take place from the 10th to 25th of September in Tullamore Co. Offaly. This is the first time an Irish town has curated its own exhibition through an online voting system.

“Developing this curatorial process has been a real adventure and drawing from IMMA’s Collection has been humbling. The IMMA Collection boasts work from major Irish artists such as Dorothy Cross and Louis le Broquay as well as international names such as Marina Abramović, Philippe Parreno and Hans Richter. The most exciting aspect of this project is expanding traditional notions of curation by engaging with the public and asking their input into the curatorial process.” – Brendan Fox

The ten works selected by the public for show will make up just part of the F15 exhibition ‘Quantum Leap’ with a further 40 Irish and International artists due exhibit at this year’s Festival.

Ahead of the official opening in Tullamore on September 10th the F15 festival will launch with a performance by artist Nigel Rolfe at the Irish Museum of Modern Art Kilmainham, Dublin on Tuesday August 25th at 6:30pm.