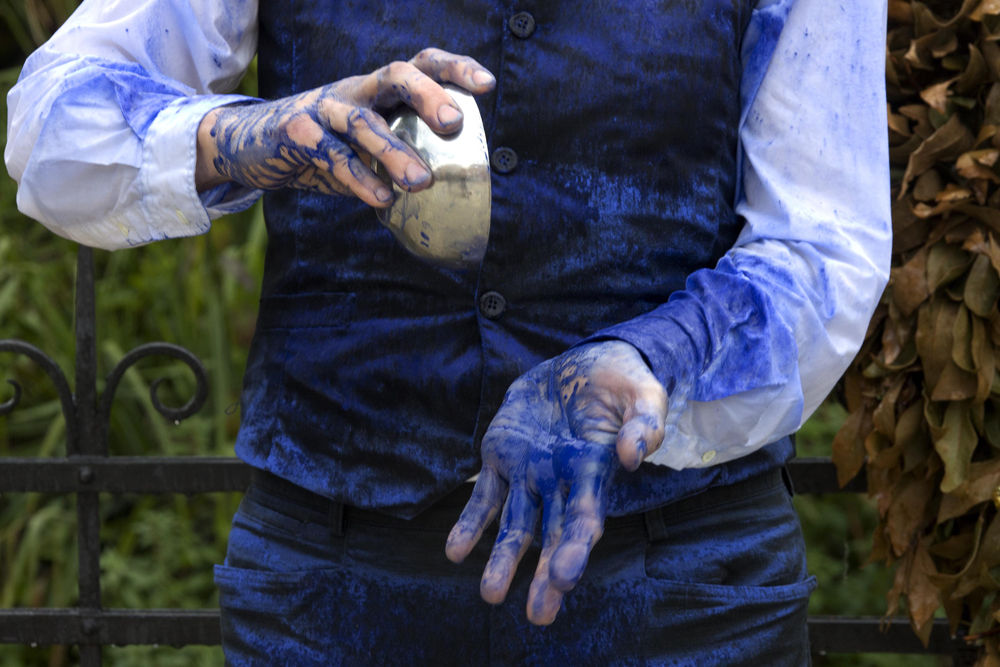 Foundation 15 Arts Festival are delighted to announce that Nigel Rolfe will be performing a new live work at the official opening of Foundation 15 in the Irish Museum of Modern Art on Tuesday the 25th of August.

Nigel Rolfe has been performing as a live artist for the last 4 decades. He has also worked extensively as an artist, curator, lecturer and sound and television producer. Since 2008 performance has become his primary form of artistic expression. Major retrospectives of his work have been held at the Irish Museum Of Modern Art in Dublin and at the Musee D’Art Moderne de la Ville De Paris. He has exhibited in the Dublin, Paris, Sao Paulo, Busan, Kwangju and Venice Biennales and presented in numerous international art fairs. He is Performance Pathway Program Leader and Professor Of Performance at the Royal College of Art In London.

Rolfe is concerned with art being a live and vital engagement. His performances are bodily acts and reminders of our presence in the here and now.

‘This on one hand challenges the worth of art as a commercial product and the trade of this worth as the central value of art.’ Rolfe